My boss went out of town to a business conference in another state and asked me if I wanted to watch her house and look after her neighbor’s cat while she was gone.

She had forgotten she told her neighbor she would look after the tabby while he was out of town, so she would need me to make sure his pet was taken care of as well.

It wouldn’t be difficult, she assured me. The cat spent most of its days outdoors but had a food and water bowl in the garage that needed to be filled regularly.

When I first met the cat, I noticed he was different from most of his kind in that he was unusually friendly.

I named him Barnaby and we became best friends.

I ask you, is there anything more beautiful than a low-maintenance relationship?

All I had to do was feed him and he would treat me like Cat Jesus. 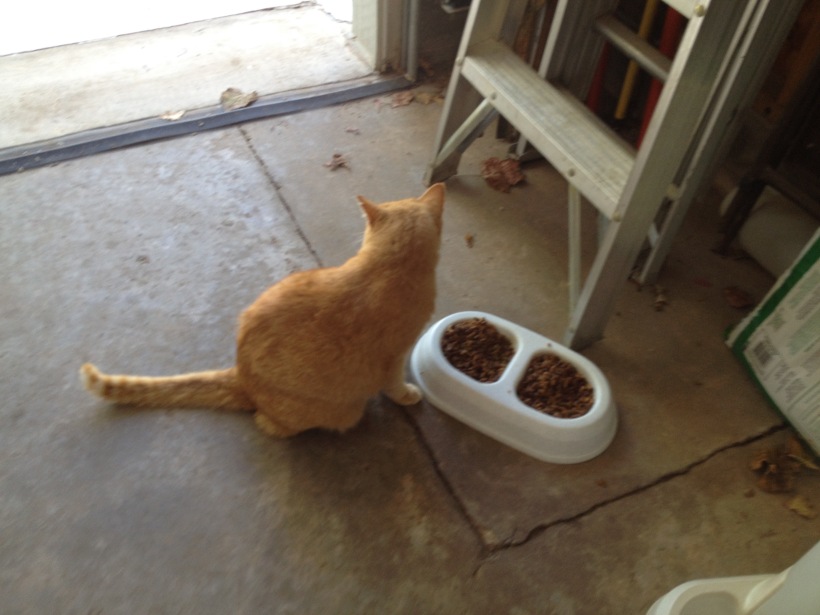 We had a good thing going.

I’d take care of my boss’ house, make sure Barnaby had enough food and water, and then we’d hang out and take a bunch of pictures at his place.

I remember when we sat by the pool for the last time. He stretched out on my lap and I thought this would be a perfect time to snap a photo.

My instincts were correct.

The wind picked up at just the right time, causing my hair to fan out to the side. It would seem the tiniest bit of dust got into Barnaby’s eye at that moment because, when I examined the photo afterwards, I saw that he appeared to be winking at the camera. 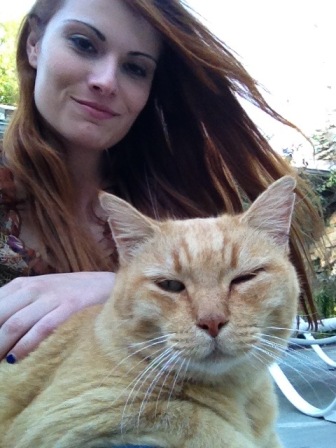 My brief friendship with Barnaby taught me a lot of things that will follow me throughout life.

However one lesson stands out above all the rest:

I am horribly allergic to cats.

Prior to this experience I had no idea. While many of my friends have owned cats, their felines typically just eyed me suspiciously and flounced away.

Barnaby, however, was intent on killing me with kindness and I didn’t even know it.

I’d go over to the garage, take care of him, then I would come home and feel like I’d been hit by a semi.

My head would feel as it it was grow exponentially and congestion would make it impossible to breathe. I thought I was coming down with the flu.

But I put the pieces together as soon as I realized I always felt worse after coming to see him.

So thanks for the memories, Barnaby, I forgive you for trying to kill me.

At least I have photos to remember you by.

5 thoughts on “A Most Photogenic Cat”