WARNING: THIS POST WILL CONTAIN SPOILERS FOR THE NOVEL “UPROOTED.” IF YOU HAVE NOT READ THIS BOOK AND WISH TO DO SO, DO NOT CONTINUE READING THIS POST.

So after finally finishing Naomi Novik’s excellent fantasy novel, Uprooted, I decided to do more research on her via her website. I was thrilled to discover she’s written several other books that I will greedily dive into as soon as the opportunity presents itself.

While perusing her page, I also discovered some interesting news regarding Uprooted.

Novik proudly announced  Warner Brothers will be making a movie based on the novel.

My reaction to this news:

It may seem weird that I’m resistant to the idea of an Uprooted movie, especially because I enjoyed the book so much.

But here’s the thing, regardless of how well-written a book is, some novels just aren’t meant to be translated into a visual medium.

The Lovely Bones was one book, and I believe Uprooted is another.

“But Rachael,” you say, “Uprooted was full of beautiful imagery and action-packed scenes. Surely you can’t be suggesting Uprooted wouldn’t look gorgeous on the big screen!”

The imagery was one of the most appealing aspects of this book. However, what also made the book so vibrant and powerful were the metaphors and descriptions.

All of which would work for the book only.

It’s not nearly as impactful if we’re just being flashed CGI imagery we’ve seen a million times. I want to be able to feel what the characters are feelings like I can in the book.

The way Novik describes magic is so much more personal than any other writer I’ve come across. It’s not just a bunch of fancy made-up words, it’s part of a person’s essence. It’s an individual language that can transcend conventional understanding. It’s an experience.

This entire book is an experience.

To strip away all of that depth and detail to just a visual?

It’ll be like a fantasy version of The Happening.

Freaking CGI tree-people. I don’t think I will be able to take that seriously.

Especially since it will likely be morphed into an “OMG save the trees!” message.

To be fair, the book did that to a certain extent but…it was complicated, okay?

Thinking of the cinematic portrayal of the relationship between The Dragon and Agnieszka fills me with terror as well.

Especially because their relationship isn’t entirely conventional. Yeah, they smash and they clearly like each other, but it was never really a “for sure” thing between the two of them.

Hollywood will turn it into an all out bleeding-heart kissing-in-the-rain romance that involves a lot of soaked through clothes and sex.

Let’s face it, the movies do subtlety as well as Edward Scissorhands knits sweaters. 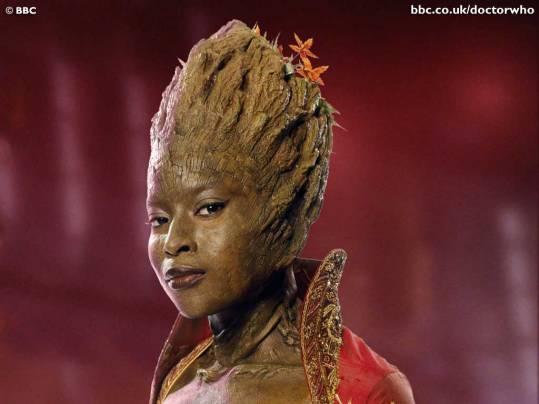 How many books must that accursed industry claim?!