To a writer, National Novel Writing Month is like the olympics of literature. It gives those who have been holding out on their creative ideas to explode in a frenzy of words and storylines. The goal is to write 50,000 words (the length of an average novel) in one month’s time. NaNoWriMo has gained more momentum over the last few years and it has created a community around it that’s goal is to keep potential authors motivated. There are websites now dedicated to shelling out prompts, forums, and supportive quotes to those that wish to participate.

My Twitter is alight with Tweets from exhausted writers, boasting their day’s word count like athletes about their increased running distance.

I thought about NaNoWriMo this year.But then after a week of it, I thought the same thing I had thought last year, and then the year before that: nah.

I agree NaNoWriMo has many positive attributes:

1. Writers need goal, and NaNoWriMo gives them something to strive for (in this case a word count).

2. It creates a community of authors that can discuss and problem-solve together.

3. It helps authors get the first draft out of the way. 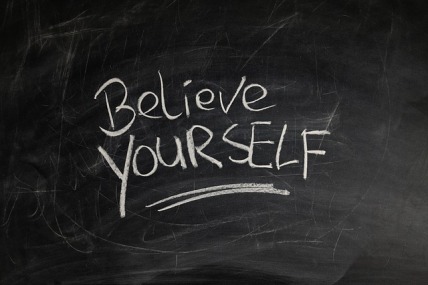 My contention is that, at times, it can grow a bit competitive. Often in the writer’s quest to “win,” they forget the point of NaNoWriMo in the first place. It’s suppose to give writers an excuse to write instead of just letting ideas fester in their heads. It isn’t about brownie points or seeking self-validation from the approval of others.

I take umbrage with the designated word count that’s required to accomplish the goal of NaNoWriMo, as well. From my perspective, a story needs to be as long as it needs to be and only the author of the story is able to effectively determine how long the story should continue.

I realize that the goal isn’t necessarily to write a ready-for-publication novel in one month, but rather to complete a single draft in one month. Still, this might be too strenuous of an undertaking for most people to embark on in a single month. Most people have jobs, spouses, children, school, and other responsibilities to attend to. While this doesn’t mean a serious writer shouldn’t set aside time to write at least a little bit a day, some people may only have a few minutes to themselves on any given day.

I believe a more effective method would be for writers to create weekly or biweekly goals for themselves. Not necessarily measured in words, but in time devoted to the project. Even if you’re just sitting at the computer, staring at the same paragraph for hours, your brain is working on it.

It takes most writers months, even several years, to write their first novel. It doesn’t make them any less successful or productive. Some people just work at different paces.

I don’t mind if other people find NaNoWriMo useful or fun. If you enjoy doing it, then by all means participate. I won’t think any less of you. However, based on the reasons I’ve given above, it’s just not for me.