Two posts in one month.

It’s almost like I’m a responsible blog-writer that updates on a regular basis again.

Carol of The Bells

It doesn’t matter if it’s played with lyrics or without, this song blows my mind every time. It’s busy without being overwhelming and so energizing it makes me want to snatch that violin right out of Lyndsey Stirlings hands and play it myself.

It just gets me pumped in a way that’s hard to explain. It’s one of the few holiday songs that would go well with a car chase or shoot-out. If they played this in the background of Die Hard, it honestly wouldn’t feel that out of place. Especially if it was this version.

Unlike other Christmas songs, I have yet to find a bad cover of this particular ballad. In fact, it was hard to find a sample of this song to use for this post because there are so many brilliant ones to chose from. It’s like it’s so phenomenal that it’s impossible to screw up.

Even without the positive memories I have of listening to this song while watching The Grinch on VHS at the tender age of three, I would still love this song.

It starts as pretty basic, claiming The Grinch is “mean” and “a heel”, etc. But then the insults snowball into brilliantly crafted slights that they would make a middle school bully ugly-sob.

It goes from accusing him of having “garlic in [his] soul to having “termites in [his] smile” to having “all the tender sweetness of a seasick crocodile.”

There are a few covers out there….including this one–

But you can’t beat Thurl Ravencroft’s ocean-floor level bass in the original ballad.

I mean, come on, his name is Thurl Ravencroft. 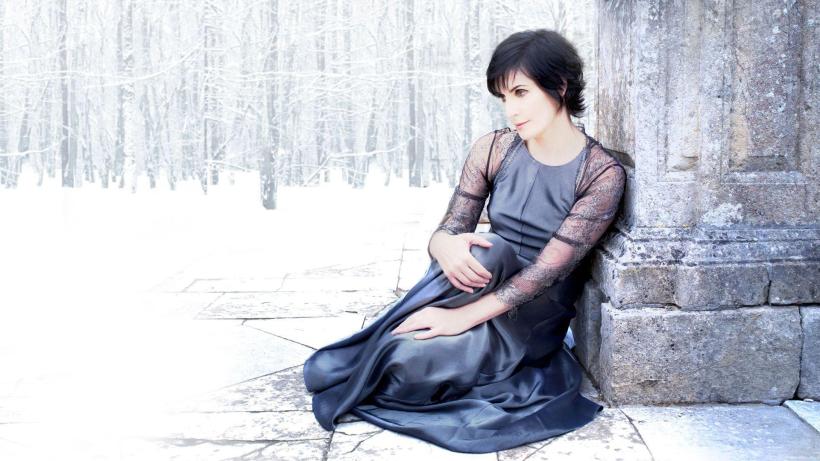 I‘m leaving the link here because WordPress won’t let me upload it for some reason.

I love Silent Night in general, but hearing it sung in Gaelic with Enya’s hauntingly gorgeous voice is nothing short of magical. The ethereal quality of her singing makes it seem as if the notes are being carried on a soft winter wind, winding through a snowy landscape. Every time I listen, I’m instantly awed by its majesty. At the risk of sounding corny, it genuinely feels like you’re listening to an angel.

It’s so peaceful it makes me want to curl up my the fireplace and fall into a deep Christmas sleep.

Truth be told, I honestly don’t know why it’s even considered a Christmas song.

The only references that could be vaguely tied in with Christmas are the mentions of “snowflakes that stay on my nose and eyelashes“, “brown paper packages tied up with strings” and “sleigh bells.” Even then it’s a tenuous connection at best.

Regardless, it’s played at Christmas time (for some reason) so I’m including it.

From a writer’s perspective, it’s a veritable feast for the ears. The language is so rich and vivid you can practically taste those crisp apple strudels yourself.

For me, it’s less like listening to a song than it is rereading one of my favorite poems.

It creates such brief but impactful visuals like “wild geese that fly with the moon on their wings” and “Silver-white winters that melt into springs.”

Even if it’s not “technically” a Christmas song, at least it has more clever word-choices than most pop-holiday slog being excreted these days.

It’s hard for me to pin-point exactly why this song holds such sentimental value to me. Maybe it’s the arcane language or the chills I get from a tabernacle choir belting it out, giving the words weight and power.

Perhaps it’s the mental image it invokes of a congregation of angels spreading good news for all men.

Or maybe it’s because it’s one of the more overtly religious Christmas songs so it doesn’t suffer from being over-played on the radio as many seasonal tunes are this time of year.

Regardless of the reason, it is and always has been one of my favorites.

This song is wonderful at telling a story without using any words. The tinkling notes at the beginning really do make it seem as if there are small, magical creatures prancing around under the nose of humans.

There’s such an element of mystery that permeates throughout the entirety of the song. Every time I listen to it, it gives me that giddy feeling of being a kid again and spying on something amazing.

Do You Hear What I Hear?

I love songs that tell stories and this song’s story is perhaps one of the most uplifting Christmas songs out there. What makes it so wonderful in my eyes isn’t necessarily the diction or the melody, but the powerful message behind it.

It’s not just a catchy ditty to sing on the radio, it’s meant to be a harbinger of hope that transcends class division. It promises good news to everyone, not just the privileged and wealthy.

There are plenty of other cheesy songs out there that preach about peace and love and blah, blah, blah, but this songs comes across as earnest and heart-felt. There’s a weight to it that just isn’t there with most other songs.

There are many songs that try to come across as heart-felt and poignant, but there are few that achieve that goal, especially Christmas songs. In most cases, they are overly sentimental or saccharine with their “Christmas is for giving, blah, blah, blah.”

It’s about a boy who is so dirt poor that the only item he possesses, other than the clothes on his back, is a drum. However, when he’s approached by men of great stature and fortune who tell of a newborn king and all the extravagant gifts they’re going to give them, does he shrug and go home? No. Does he go to the manger and say “Yo, Baby-J, I’m broke. Think you could hook me up?” No.

He gives Him the gift of his music. Literally the only thing he can give him, and it’s enough. He plays with his heart and soul and his efforts are appreciated by everyone.

It’s a song about giving what you can even when you feel as though you don’t have anything of value to offer.

If you don’t find that moving, you need to check yourself for a pulse.

I didn’t want this list to be too long, so here are a few honorable mentions:

So there you go! I actually posted something positive for once!

Don’t get used to it.

Hope you all have a Merry Christmas and a Happy Holiday!

2 thoughts on “Christmas Songs I Love”