I made a promise to myself that I would try to read more books in 2019  since I didn’t feel as though I read that much in 2018.  Fortunately (and surprisingly) I’ve managed to keep this vow even with my turbulent schedule and lack of desire to be productive.

So here are some thoughts on the books I have managed to read thus far. 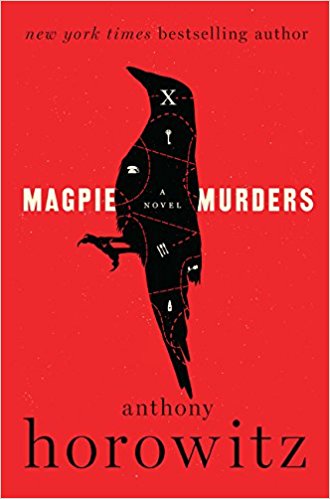 The Magpie Murders by Anthony Horowitz

Summary: After working with bestselling crime writer Alan Conway for years, editor Susan Ryeland is intimately familiar with his detective, Atticus Pünd, who solves mysteries in sleepy English villages. His traditional formula has proved hugely successful, so successful that Susan must continue to put up with his troubling behavior if she wants to keep her job. Conway’s latest tale involves a murder at Pye Hall, with dead bodies and a host of intriguing suspects. But the more Susan reads, the more she’s convinced that there is another story hidden in the pages of the manuscript: one of real-life jealousy, greed, ruthless ambition, and murder.

As someone who grew up on PBS British detective shows, I absolutely loved this book.

I was reluctant to read it initially because I knew it was a story within a story, nevertheless, I found both tales –the one written by Conway and by Susan–both equally captivating and I was just as eager as Susan to discover the conclusion to Pünd’s story.

It’s easy to see Horowitz has worked on many on-screen productions as the pacing is quick and engaging, leaving little room for superfluous details or fluff, but still dedicates enough time to developing characters and setting the scene.

Apart from the plot itself, what makes the story interesting is how it inwardly reflects on the genre of mystery as a whole. It asks why people are so drawn to the subject and provides interesting theories all without being overly sentimental.

It’s a quintessential love letter to Agatha Christie, G.K. Chesterton and many other mystery writers, all while keeping its own unique identity. 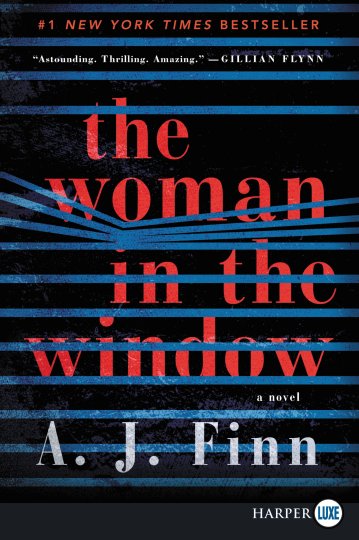 The Woman in the Window by AJ Finn

Summary: Anna Fox lives alone—a recluse in her New York City home, unable to venture outside. She spends her day drinking wine (maybe too much), watching old movies, recalling happier times . . . and spying on her neighbors.Then the Russells move into the house across the way: a father, a mother, their teenage son. The perfect family. But when Anna, gazing out her window one night, sees something she shouldn’t, her world begins to crumble—and its shocking secrets are laid bare. What is real? What is imagined? Who is in danger? Who is in control? In this diabolically gripping thriller, no one—and nothing—is what it seems.

I’m a fan of Hitchcock films and a self-proclaimed junkie for unreliable narrators so this book was a match made in Heaven for me. Apart from being a page-turning mystery, it’s also a well-crafted character piece.

Anna is more than just an unreliable narrator. She’s a completely sympathetic person that is as much the victim of her circumstances as she is the cause of them. She’s a three-dimensional character forced into a situation beyond her control and the unravelling of her past is as tragic as it is interesting.

When I learned the author of this book was a man, I was genuinely surprised. I know from first-hand experience how difficult it can be writing for the opposite gender, but Finn does so with such skill and sincerity you completely forget the author is not a woman.

I wasn’t 100% thrilled with how it ends as it comes off as a bit too cartoonish, in my opinion. Nevertheless, if you’re a fan of Hitchcock-like stories you will enjoy this one. 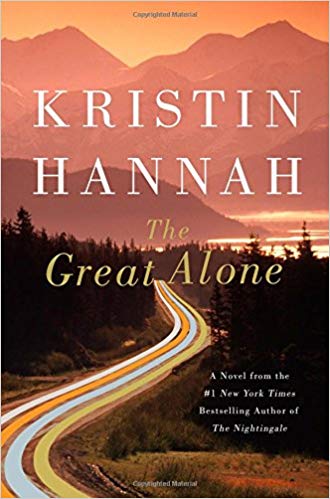 The Great Alone by Kristin Hannah

Summary: For a family in crisis, the ultimate test of survival. Ernt Allbright, a former POW, comes home from the Vietnam War a changed and volatile man. When he loses yet another job, he makes an impulsive decision: He will move his family north, to Alaska, where they will live off the grid in America’s last true frontier.

Kristin did an excellent job of showing the brutal beauty of the Alaskan landscape as well as the complexity of human nature. At times I thought it was a little too bleak, rife with almost Jodi-Picolt-levels of drama where one implausibly awful thing is followed by another implausibly awful thing, but the constant conflict was genuinely gripping and kept me going in spite of it all.

This is just a personal hang-up that I have with the novel so take it for what you will, but I found Leni’s love interest to be a bit unconvincing as a character. It was difficult to believe that a boy that grew up in such a harsh, unforgiving climate and had so much of his life devoted to survival would give a crap about poetry. Nor does it seem that plausible that he would have that much devotion to a girl he met when he was a little kid. That could be my own cynicism talking, but I did grow up in a very small town and absolutely none of the males I encountered were anything like this.

I will say this in the novel’s favor, I genuinely didn’t know where it was going and yet I  trusted the writer to lead it to it’s rightful destination. Some suspicions I had early on were confirmed, but Hannah threw many unexpected curveballs that made it damn near impossible for me to put the book down.

I won’t say what happens as I don’t want to spoil it for anyone that wants to read it, but it’s worth all the emotional torture the reader has to go through to reach the end. 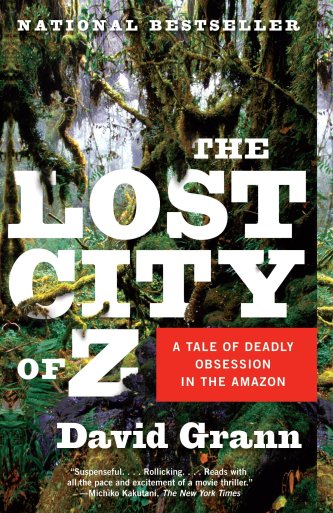 The City of Z by David Grann

Summary: A grand mystery reaching back centuries. A sensational disappearance that made headlines around the world. A quest for truth that leads to death, madness or disappearance for those who seek to solve it. The Lost City of Z is a blockbuster adventure narrative about what lies beneath the impenetrable jungle canopy of the Amazon.

After stumbling upon a hidden trove of diaries, New Yorker writer David Grann set out to solve “the greatest exploration mystery of the 20th century”: What happened to the British explorer Percy Fawcett & his quest for the Lost City of Z?

I’m typically not a fan of nonfiction, but I made an exception for this book since the subject was intriguing to me.

I picked up this book to learn about the City of Z, but I stayed for the man that tried to uncover its mysteries. Fawcett was a character straight out of myth, both seemingly impervious to hostile-climes and disease as well as endlessly tenacious in his willingness to see a journey through to its end. He was instrumental in increasing our understanding of the Amazon, sacrificing almost everything he had to find Z, even when many scoffed at the notion that such a place ever existed.

I admire Grann’s ability to weave such an interesting narrative all while unloading boatloads of information on the reader without making them feel as though they are trapped at a boring lecture.

The intimate details, journal entries, the attention to socio-political climates at this time really made this story come to life. 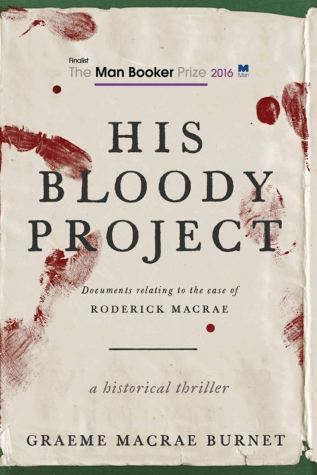 Summary: A brutal triple murder in a remote Scottish farming community in 1869 leads to the arrest of seventeen-year-old Roderick Macrae. There is no question that Macrae committed this terrible act. What would lead such a shy and intelligent boy down this bloody path? And will he hang for his crime?

This book is a novel disguised as a true-crime book, written by a supposed descendent of the murderer in question. It’s part “memoir” told from Roderick Macrae and part compilation of “historical documents” that describe the events leading up to and after the murders.

Roderick is an interesting character in that he’s surprisingly intelligent in spite of his limited education as well as a seemingly perplexing narrator. The story begins with him explaining his backstory, life and misfortunes and then slowly delves into the crime itself. From the tale Roderick weaves it would seem he was merely a victim of his circumstance, however, the reader will notice several inconsistencies with Roderick’s version of events and the accounts that are later brought to light at his trial. This forces readers to re-evaluate all they thought they knew.

Is Roderick a good person that was driven to murder by his hopeless situation as a tenant farmer? Is he criminally insane? You’ll have to decide for yourself.

There was a lot of research that went into the making of this book. The rural landscape and lifestyle of the average 19th century Scottish Highlander was very vividly depicted. I also appreciated the incorporation of the prevalent sociological theories that existed around that time period. Criminology was in its infancy in the 1800s and it was interesting to see how the school of thought in regards to criminals has evolved over the years.