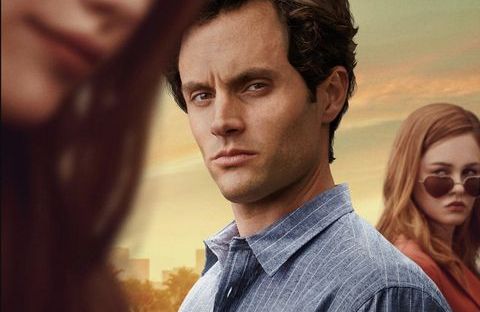 Warning: The following contains spoilers for season 2 of You. If you have not seen this season but would like to, reader discretion is advised.

I confess over the years I’ve become jaded towards thrillers. True-crime podcasts left me feeling cold. Shows like Law and Order and CSI were all cookie-cutter snore-fests that made me question the whole crime genre.

I began to despair that I would never find another show with bite. One that would leave me on the edge of my seat, craving more.

Then…. there was You.

There You were with your unique first-person perspective, biting social commentary and oh so binge-worthy content. You constantly kept me on my toes. You gave me many a sleepless night. You sent my heart racing in a way no other show has.

When I learned You were to have a second season, I was pleased. So pleased. And when the day finally came when I could watch You….

There’s no nice way of putting this, this season was a mess of catastrophic proportions.

While there were issues with the plot and the pacing, I think the biggest reason this season is a failure in my eyes is because the characters are so woefully bad.

Time for an autopsy everyone!

Let’s begin with Candace, Joe’s ex-girlfriend and returnee from the grave.

We, the audience, are expected to root for her as a matter of course. After all, she was a victim of a terrible crime and left for dead by someone she trusted.

But I cannot get behind this character.

Is it because she is a strong, independent woman trying to bring down the toxically masculine man?

No, it’s because she’s a complete dumbass. 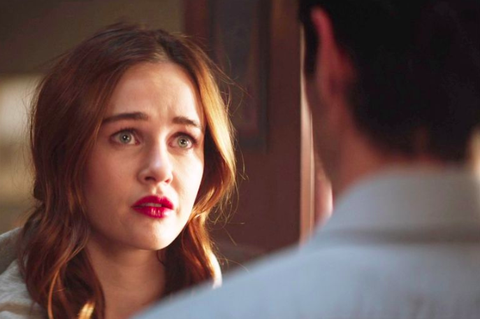 Let’s review: She knows Joe has a body count. She knows he has gotten away with unspeakable things in the past. She knows she has no evidence to back her up. And she knows she’s been off the grid so long people wouldn’t notice if she disappeared. That being said, she decides her best move is to confront this guy, with no backup and threaten him.

Thanks to the power of plot convenience, she is spared. At least temporarily. For a while she is graciously out of the limelight, but when she comes back she only serves as an unnecessary distraction.

Candace disguises herself as Amy Adams, flirts her way into a relationship with Joe’s girlfriend’s brother and then….does nothing but lob veiled threats at Joe. She claims to be “protecting” people, but she waits so long to tell Love about Joe. Why didn’t she just say she was his ex? Why didn’t she expose him earlier?

Instead of threatening Joe outright, she could have covertly stalked him and found out who he was lusting after. From there she could have set a trap and exposed him for who he really is. Joe is the POV character and narrator of the show, but they have broken POV before. They could have had a 20 minute flashback to everything Candace has been up to since season 1 and shown us her masterplan for getting back at him.

But Rachael, we wouldn’t have gotten that cliff-hanger at the end of season 1!

Easy fix: Joes discovers an anonymous note accusing him of the murder which spooks him into leaving town.

So the story would be basically the same only, you know, not completely stupid.

Speaking of stupid, let’s backtrack to Candace and Joe’s first meeting at the coffee shop post-Beck murder. Since the screen-writer never clued us in, it’s up to me to ask the obvious question: Why doesn’t he just kill her? No one else knew she was there and it’s doubtful anyone would be looking for her. All of his problems would have been over.

Candace: You would go to prison as you. You would sit there for the rest of your life and think you’re a good man. I’m going to show you who you really are. And when you see it, you’ll be begging me to turn you in. It’s going to be really fun fucking destroying you.

Unfortunately, Candace isn’t the only disappointing character in this season.

Our ensemble cast is a veritable assortment of a-holes.

Delilah and Ellie Alves, the residence of Joe’s new apartment complex, are supposed to come across as spunky and independent, but I could not connect with them.

From the moment they meet Joe they are antagonistic towards him for no discernible reason. Even when he is helping them out he is insulted and accused of “man-splaining.” I know he’s a psychopathic murderer and worthy of scorn, but they don’t know that.

Many people seemed to latch onto these people, but I just couldn’t. Delilah is a bitch of epic proportions and Ellie was a tedious know-it-all.

Then there are the twins 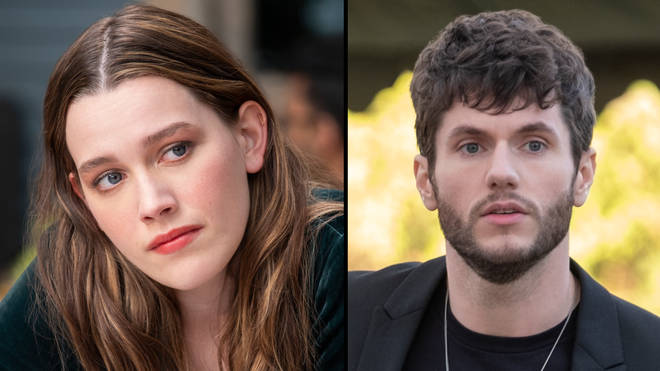 Forty isn’t a terrible character. The issue is he shouldn’t be in this show. He clashes with the tone of You something terrible. In season 1, You was a show engrained in reality. Yes, there were the occasional funny moments sprinkled in but most of the situations were plausible, the characters were three-dimensional, and the stakes were real. In season 2, he takes the show to near cartoonish levels of silly. The scene where he and Joe are tripping balls is straight out of a Hangover movie.

Love, it must be said, is a pretty underwhelming successor to Beck.

I wanted to put Beck through a wall many times, but she was a well-written character. Her past demons, deeply imbedded insecurities, and her damage made for a realistic person and it was heartbreaking watching her go through all the devastation Joe brought to her life.

Love, on the other hand, is a major step down in terms of character development. Frankly, even with her co-dependent brother and dysfunctional family, she is pretty dull. It wasn’t until the end, after we discover she is as crazy as Joe, that she actually starts showing promise.

Since her previous husband died from a mysterious disease, I was kind of hoping she had secretly poisoned him because she found out he was cheating or something. Sadly, his death seems to have been a result of natural causes. Pity. Even after we discovered her murderous past….I found it difficult to care because the quality of the show had deteriorated so much.

Then, finally, there is Joe.

Remember how in my  previous post about You I said I wished they had discussed Joe’s backstory a bit more? Yeah, I take it back. It was basically you’re paint-by-numbers my-daddy-beat-my-mommy/mommy-was-a-whore scenario. It didn’t add any new or interesting dynamic to the character and the child actor they got to play young Joe could not emote for shit.

I know I shouldn’t be hard on a child actor, but it’s difficult being invested in a scene when one of the pivotal characters looks like he’s stuck in a calculus class taught by Ben Stein.

That wasn’t the only Joe-related issue of this season either.

A major plot thread of this season involved Joe’s eyes being opened to the monster he truly is. As Candace promises, he finally understands the pain he has put other people through….

Normally I applaud character development, but in this case it fell flat for two reasons.

Someone with his level of psychosis  would not have the self-awareness necessary to question their behavior on this level. He may acknowledge he has done bad things, but he is able to compartmentalize it all under the banner of “love” and “protection” and thus cleanse himself of guilt.

This is evidenced by his behavior going all the way back to season 1.

When he discovers Beck’s friend Peach has been taking lewd photographs of Beck without permission, he is disgusted, noting how much of a violation this is. It doesn’t even occur to him to examine his own actions from an outside perspective and realize he has done literally the same thing by inserting himself into Beck’s life.

Only he knows what Beck deserves. Only he can help her reach her full potential. It was his responsibility to weed out all the toxic people in her life.

It’s a humorous scene, but it’s an honest one. This is how people like Joe genuinely think. They are lying, manipulative, hypocrites that are virtually incapable of self-reflection.

Problem #2:  The season was much slower as a result of Joe trying to be a better person.

What made season 1 so captivating (apart from the superior character writing) was the shock-value. You never knew what depths of depravity Joe would plumb to next.

The intensity was turned up to 11 in every episode.

What was he going to do with Benjii? How would he deal with Peach’s codependent control over Beck? How would he evade detection? Could he actually make things work with Beck and get away with it all scot free?

During this season, however, they pulled all the punches.

I never felt like anything was at stake. Mostly because I didn’t give a crap about any of the supporting cast.

The most excited I became was when Forty and Joe were reenacting his confrontation with Beck while high on LSD and Joe begins strangling Forty to death!

This was a common thread. Almost every time we thought someone was going to get killed, or Joe was going to do something super messed up, the writer’s would pull us back. They were really trying to push for A CW vibe with comedy and drama rather than what we came for a.k.a a serial-killing psychopath.

I didn’t want to look further into Love’s life. Her family is dumb. Her brother is a nuisance. The Old Joe would never let that happen.

Come on, writers, what are you waiting for?!

As for that ending. That….stupid ending.

You mean we went through that whole bs about how he was going to be a good person now for no reason. You denied us high-stakes, intricate plans, and general messed-upness for nothing!

Honestly, I could go on longer, but I believe this is a good place to cap this review.

TLDR; this season was a disaster.

Nothing anyone did made any sense.

The plot was stupid.

This was a disaster.

They should never have made a follow-up to season 1. It was a perfectly good self-contained story that didn’t need to be continued.

May you suffocate in your glass prison of death.