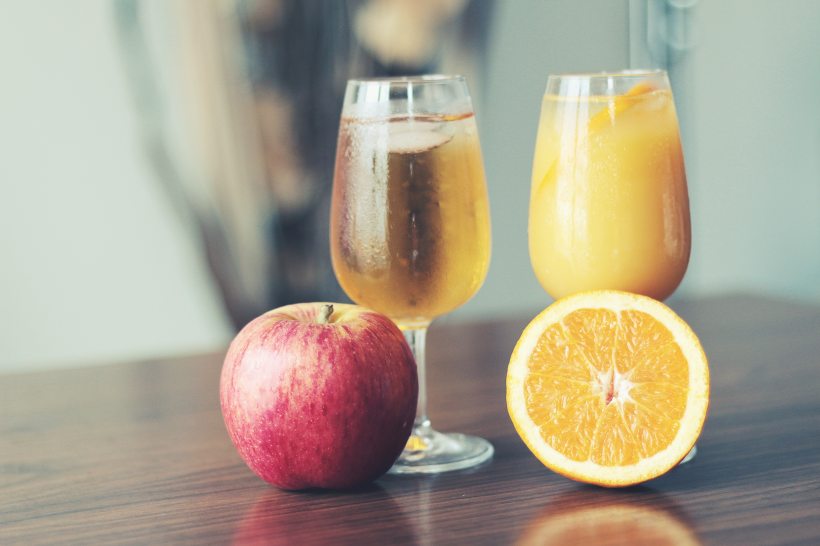 I think it’s safe to say this generation of movie-goers and readers are more analytical about their media consumption than ever before. You needn’t go far to find blogs, vlogs, reviewing sites and more for detailed critiques of just about any form of story-telling you care to think of.

On the one hand, I think this is a good thing. People should demand well-constructive narratives and ideas that challenge them in all forms of media whether they be comics, movies, or books.

Nevertheless, I’m also noticing a trend that has budded as a response to this movement and it’s a bit…annoying.

It’s the perpetuation of an ideology that maintains if anything is even vaguely similar to something else, it’s a knock-off.

The problems with this line of thinking are twofold.

For one, it stunts the growth of future writers because it forces them to live in a constant state of paranoia that their story is a copy of something else.

When Hunger Games was at the pinnacle of its popularity, many people decried it as a knock-off of another novel-turned-movie titled Battle Royal, a story revolving around Japanese students being dropped off on an island by the government and ordered to kill each other.

Now on a superficial level, Hunger Games does sound like its premise was lifted from Battle Royale. However, if you chose to look further and actually read the two books you’ll realize they have basically nothing in common.

(For those of you interested in an explanation of how they differ, I will leave a link here.)

For another, if you think about it, just about every story is a “copy” of another.

Example: Harry Potter is a knock-off of Star Wars.

Both feature orphaned boys raised by their uncle and aunt to believe that they are perfectly normal only for an old family friend to come into their lives and reveal the truth about their lineage.  It then becomes clear they must defeat a great evil, who is much closer to their own identities than they had previously thought, by using the arcane arts.

Their mentors die which forces them to continue alone, armed only with the wisdom they obtained from their teachings and the love and support of their friends. Both characters must also control their darkness, which threatens to overtake them and makes them more like their arch nemesis than they previously thought.

Oh, and they both refuse to kill the enemy, but the antagonist dies in the end regardless.

While it’s fun to laugh at how similar these stories seem on the surface, the reason we find it humorous in the first place is because they are vastly different in every other respect.

One is science fiction with fantastical elements sprinkled in, one is fantasy. One takes place in a boarding school in Europe during the 90s, another long ago in a galaxy far, far away. One is about a child, while the other is about a boy in his late teens or early twenties.

The differences go on, but I’ve made my point.

The reason stories fail is not because they are similar to another story. The issue arises when it adds nothing new to the themes that it is trying to present, or it follows the exact same path that its alleged predecessor tread.

The concept of an orphan boy destined for greatness isn’t an idea invented by J.K. Rowling. In fact it’s used so often it borders on cliché. However, the way Rowling implements it is unique because their absence is not used merely as a vehicle to allow Harry to have adventures without parental intervention, or to make him a more sympathetic figure. Harry has no loving family of his own and so his friends become like family to him and the stakes are higher whenever their lives are in peril. He leans more heavily on them than the typical person might, even at that age when friendships are essential to personal and social growth. This forces us, the audience, to become more emotionally engaged in the characters’ fate because without them he has nothing.

So instead of worrying about how similar your plot or themes are to other works, focus on how you can play with the audience’s expectations and make the story yours.

Perhaps a subplot in your novel is about a character who wants to avenge a fallen family figure. Typically, at the end, the character decides not to go along with it because murdering that person would make them “just like” that character. However, maybe your character does go along with their plan and is happy with their decision, up until the point where they realize it has changed them for the worst. Your character has then lost a part of themselves they can never get back.

Maybe they aren’t even aware they have been changed by the experience until a trusted friend or family member points it out to them. This creates conflict and makes your character more three-dimensional.

This is only one example. There are tons of different things you can do to make yours story stand apart from other similar works.

Above all else, make sure to put a bit of your soul into everything your write. I know it sounds corny, but there is only one and your thoughts and opinions are your own.

Ask yourself why you believe what you believe. Dig deeper into ideas that might confuse you, or frustrate you about other works of fiction.

And remember, in spite of what Cinema Sins may tell you–

Tropes are not clichés!

I had my misgivings about this movie the first time I saw the trailer. Sure, I wanted it to be good, but I was concerned about having a universe that’s so spectacularly British expand to the other side of the pond.

However, this story…this story was great.

From the beginning, this tale hits the ground running and does not stop. There are some quiet moments, but it is very plot heavy for the most part.

The pacing, I think, was one of the movie’s greatest strengths. It didn’t give the audience any opportunity to become bored. Screenwriting and novel writing are very different animals, so my concern was that it might be too slow or exposition heavy. This did not turn out to be the case. There was a lot of action in this film, especially with apparitions. God, the apparitions in this film were beautiful.

While I loved this movie, I will grant you there was one problem that stuck out the most: the characters.

Don’t misunderstand, I don’t dislike these characters. The problem is you can tell there’s so much untapped potential to them, but the main focus is on the plot rather than exploring their identities. While I love Newt, there’s hardly anything you learn about him throughout the course of the movie that you can’t derive from the trailers. What you see is pretty much what you get.

The two characters that suffer the most from being underdeveloped are Tina and Jacob. I like these characters but I want to love them. I think that if these characters had been played by less capable actors, they wouldn’t have been nearly as likable.

If I were honest, there are moments that are totally predictable, but not so much that they ruined the film. There were some genuinely heartwarming and funny moments. I didn’t expect to enjoy this as much as I did, but I am very glad that I gave it a chance out of loyalty to the Harry Potter franchise.

Overall, I give this movie a solid A.

While not always original, it is most definitely spell-binding.

A fair amount of people are giving JK Rowling grief about constantly making amendments to the Harry Potter series. While I can understand where they are coming from (and heartily disagree that Hermione and Harry should have gotten together), I can’t entirely blame her for not wanting to leave the Wizarding World forever.

If you’d spent years and years mapping out a fictional universe comprised of hundreds of characters with intricate backstories, laws, spells, social norms, and history, would you want to wash your hands of it forever?

Especially when said world has brought you millions of dollars and world renown? I wouldn’t. I would beat that dead horse until its corpse was drilled into the earth’s mantle.

But we know it’s not just the money that is a motivator. She earned pennies for her Cormoran Strike novel when she wrote it under a pen name (well, until it was let slip that she was the genius behind it) and she has given away a substantial amount of her earnings to charity.

I believe the main culprit is she’s simply lived in Harry Potter’s universe so long to leave it would be like forsaking a part of herself.

I can respect that. I think all of us have spent many years of our lives in the Wizarding World and would not want to completely abandon it.

It can be difficult for an author to know when you should give it a rest. It’s like Leonardo da Vinci once said, “art is never finished, only abandoned.”

How do you know when to abandon your baby?

Perhaps there will never be a definite answer.

All I know is that nothing Rowling could add would destroy my view of Harry Potter. He is safely hidden away in my broom closet where no overzealous JK Rowlings or fanfic writers may hurt him.

I have wonderful memories of reading HP books and watching HP movies, and no one can take them away from me.

Just remember, JK may be able to rewrite HP on the page, but she can never rewrite it in our hearts.